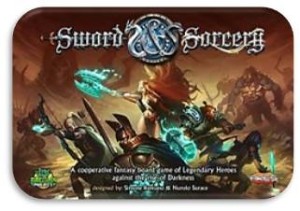 This dungeon crawler was originally a kickstarter release in 2017, and subsequently has been released retail via a main core set and many add on expansions. It is a scenario based co-operative campaign game, where each quest mission is laid out up front, but there is a secret scripted book which is trigged by events on the boards. There will be random elements in terms of enemies appearing from a pool selected for each mission, and choices to be made which may affect how the story develops. Heroes will also spend soulpoints to strengthen and improve their skills as they progress, gaining new equipment and powers. 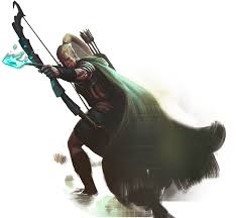 In terms of production this is a quality game, with models reasonably good by plastic miniatures standards, although sometimes fairly soft on some thinner weapons, the general detailing quality was fine, and there are alternate poses and weapons for the enemies, and the purple boss models are really superb quality having a solid feel to them. The hero models are larger than those in Descent 2nd edition, and enemies come in three colours (green, blue, red) which each have different abilities and responses, which increases gameplay variety and the difficulty level to fight them. The tiles are fantastic, thick cardboard and double sided with lovely detail and artwork, these are good competition for Descent 2nd Edition which set the benchmark visually at least, and certainly beat the relative blandness of the Gloomhaven tiles. I also like the way tiles are only subdivided into a few larger areas, rather than a whole grid of small squares, with really easy line of sight rules. These are my favourite tiles of any fantasy game. Also the kickstarter edition thick hero cards are so good, much nicer than the thinner retail ones.

The rule and storybook are well done, the quality is very nice, there is an index, and whilst there seems a lot of rules to digest, they make sense and are easy enough to understand if you take time to read the book first. It does take more learning the ropes than some other dungeon crawlers, but this also makes a deeper game once the initial learning curve is over, and the prologue scenario is relatively straightforward to get you started. The storybook approach is also great and builds a very engaging campaign. There are loads of cards for skills and items and it will take time to digest all the various options, and I have never seen so many different tokens in a game, there is a lot here to explore. 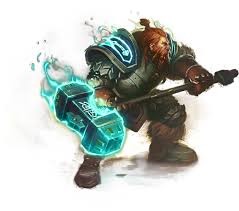 Gameplay is of course the key to a sustainable game and over time the gameplay has turned out pretty nicely. There are definitely more little rules around than some dungeon crawlers, as you have to remember the enemy triggers, however the built in intelligence of monsters exceeds other games in this genre, and as such they do feel more alive as you cannot anticipate every move. Dice are great, ten sided with symbols that trigger extra damage or abilities, they are some of the best around, and feel easy to use, i have always liked the Descent dice mechanism and these rank alongside those, and they are much better than Massive Darkness which gets too messy with multiple additions and subtractions from different sources.

Of particular note is that heroes can be played as either lawful or chaotic nature, which also changes their skills, and this is a pretty neat idea not implemented as well in any of its peers. There is a real feeling of exploration and character development in this game, and as your characters do not get killed off, but can be resurrected using soul points, it keeps everyone engaged and playing throughout. In overall terms, despite some extra complexity, if one player perseveres and learns it well, then this game is a really rewarding experience and provides one of the best dungeon crawl stories around, that does also have merit in solo play too. This is a dice rolling dungeon crawler with a little more meat on the bone and greater monster intelligence.

If you bought the kickstarter edition then this will have simplified your need to buy many of the other expansions which are overviewed below (my additions highlighted green = own, blue = part owned, red = not purchased) :

Sword & Sorcery is developed in story acts, which progress in difficulty as your character level up and improve. This side box quest continues the main box as you progress towards Thunder Mountain and uses the same level 4 cap as the main game. New enemies include cultists, nightwalkers, efreet and a hellspawn boss along with new tiles and treasures to find. Whilst it is optional to the campaign, it remains pretty much an essential addition to enhance your content and experience at lower levels.

The story continues into act 2 with darkness is covering the land, as you face the undead skeletons, deathknights, succubi, vampires and werewolves. More tiles and treasure cards and an undead liche boss develop the story and difficulty to the next level. This is a follow on set to the core and arcane portal and if you only buy one extra box then this should be the one if you want to go past level 4.

There are nine new hero add on packs you can expand into, each with their own skills card decks and models. It is unlikely you will need all of these, given you already have 5 characters in the main box, so select the ones you most like the look of first. They include in my own order of preference for gameplay content and theme – Samyria the Druid who can shapeshift into bear form, Onamar the Necromancer who can summon entities to aid him, Ryld the Blademaster, Skeld the Berserker, Volkor the Dragonheart, Kroghan the Barbarian, Morrigan Demon Huntress, Victoria the Pirate, Tristan Standard Bearer.

These are more about how the game looks and feels, there are a lot of options from plastic doors and chests, metal coins, extra dice, soul hero form models for alternative look or painting, plus some kickstarter exclusive card holders, draw bag and my favourite extra from this list the thicker hero boards.

This is another whole core game set and story campaign released in 2021 and is another fabulous dungeon adventure core game. It has an icy northlands setting with a new set of heroes and monsters all compatible with the original game and comes highly recommended and a must have if you want more content.