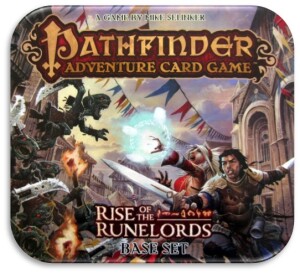 The Pathfinder Adventure Card Game is a co-operative adventure card and dice game. First released in 2013 with Rise of the Runelords, it has since been followed by 3 more base set adventure themes and then finally what is effectively a 2019 second edition remake, although even this newer version remains remarkably similar to the original in gameplay mechanics and its artwork style, some of which is re-used. 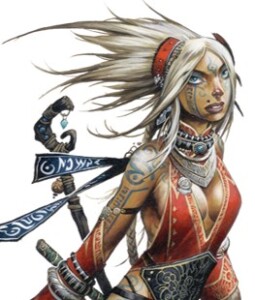 The game is a mix of predominantly card based play with dice rolling checks, and has hero characters at the core, each with a familiar roleplaying style class such as barbarian, rogue, druid, sorcerer and statistics which determine what you are good at, plus a couple of unique abilities you can utilise. Parties will embark on adventures which comprise of visiting themed location decks containing an assortment of barriers and enemies to overcome, plus some nice items or allies you can try and acquire. By working through a location you must hunt down the villain enemy and defeat his henchmen, closing off locations until you corner him into a final showdown.

A campaign adventure take place over multiple short missions within an overarching storyline, and there is a slow deckbuilding element for your character. It is very roleplay orientated and levelling happens from gaining new card items, spells and equipment alongside new skills upgrade after an adventure, which usually improve your dice rolling abilities. Your skill level for each attribute such as strength, dexterity, wisdom or charisma will determine what dice you can roll for skill checks, from a D4 up to a D12, and card play will allow you to boost additional dice into your rolls through using items or blessings, with additional interplay between characters. Cards are also representing your health, so you need to constantly decide when and how to use a card in a certain way, as discarding for a stronger action would effectively deplete your remaining life. 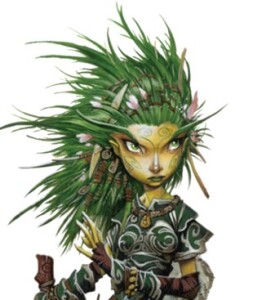 Gameplay has an easy style to it and like most card driven games features repetition, and its adventure storytelling is light, being read from the location cards rather than being driven by long passages to read, but your imagination can link encounters into the adventure being told. The artwork is generally good albeit a little mixed, ranking from being excellent to just decent at times. Pathfinder Adventure is a really fun roleplaying card game with great characters and large amounts of dice rolling and some campaign progression. There is a good choice of alternative adventure sets offering different themes, where I have a full set of the original Rise of the Runelords which has the theme i really liked the best.

There are a number of core sets and related expansions to this game making your selection choice quite tricky, although availability may now play its part. I will say the expansion programme of this game is slightly on the confusing side (my additions highlighted green = own, blue = part owned, red = not purchased) :

There are four original series base sets, starting with Rise of the Runelords featuring more traditional fantasy locations and enemies such as goblins, orcs and giants. Skull & Shackles moved onto a pirate theme with sailing ships, Wrath of the Righteous went into the abyss to stop the demonic creatures and Mummy’s Mask had an ancient egyptian theme. Each of these core sets then had a series of five adventure packs which continued the adventure path from the base set on the same theme.

Each of the base sets also has a Character Add On pack which provided four extra classes and a hero for each with their relevant card decks to adventure, adding to the ones in the base sets. In addition are the Class Deck packs such as barbarian, rogue or ranger, again built around each base set theme, which included a little extra class depth and added three new characters within that class and provided a new deck of cards. Effectively the class decks enabled you to play two characters of the same class at once either in the same game or across a separate campaign. These are not essential compared to getting into a new base adventure but may have a place if you are maximising one particular set.

Each base set series had its own mini character Ultra Pro playmats you could add, and then the game publisher Paizo was very fond of adding Promo cards for you to search out. There are also digital scenario adventures you can buy and download. Again all these are non essential but of course are very likeable in some cases.

In 2019 the game was rebooted as the Pathfinder Adventure Card Core set, which was an attempt to tweak some of the rules, add the ability to customise game length and difficulty a little, and smarten up the artwork. It also had a proper story scenario book and overall was generally well received although it really does not change the gameplay that much. It is potentially backwards compatible with some work, but probably not worth the effort. One expansion was released Curse of the Crimson Throne, which in one box covered the equivalent of the 5 extra adventures of the previous editions. However this was the last new content before new game content was cancelled.