Descent Legends of the Dark

The famous dungeon crawl brand known as Descent continues with a new series of games called Legends of the Dark, set in the world of Terrinoth. This fantasy co-operative game is a campaign adventure with interlinking storylines where your adventuring heroes will undertake missions, developing their skills, abilities and improving their armour and weapons over time. Dungeon crawl games come in many packages, some will focus on the randomness of encounters, others will more follow a set storyline or pre-set encounter, but the choices you make can change your path, the level of difficulty or how your character ultimately develops. 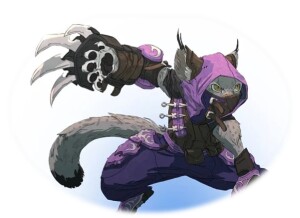 Descent was originally and historically a more competitive style co-operative game where one player acted as a dungeon master competing against the adventuring heroes, with plastic miniatures always being an important factor. Gradually there has been a move towards playing fully co-operatively with an app taking up the role of enemies and revealing the adventure as your progress, and Legends of the Dark continues this trend, containing a fully integrated app campaign system and storyline. This game comes in a huge square box which is developed to house all your components from the start.

There are some new features in this edition which begin with three dimensional card stock terrain for trees, chests, doorways, bookshelves, but then even more the terrain moves to different levels with stairs and platforms, and it was all enjoyable to build if you have any plastic miniature building background. Also there are terrain underlay cards for water and lava, and the overall effect of using all this is amazing in my opinion. Whilst at first glance the artwork may seem less detailed than some games including the Descent 2nd Edition, the overall effect as you build your map up is one of my favourites around and i really do enjoy making the scene as it unfolds, itself becoming a meaningful part of the whole experience.

The new artwork style for the heroes has had much feedback on forums, but on the table the cards are big and the characters look great to me, including the weapons and equipment cards and i am glad of a change of personality from its predecessors. Moving onto the miniatures, FFG usually produces decent enough ones that are not necessarily the greatest around, however this box is amazing. I have already sung the praises of the Warhammer Quest Cursed City miniatures set but these are different style, slightly quirky sculpts but full or character and with superb detail to paint up, and i really like them.

Gameplay cannot be separated from the app, so they need to be analysed together, and this app is the best of its kind so far. There are many features that i really enjoy, but its greatest asset is to only reveal small parts of the map or storyline at a time, making exploring and reveals exciting. Enemies do come with some randomisation each adventure, although the missions are scripted so you can become familiar with them after playing. The app also takes care of a lot of admin, so you do not have to calculate every combat roll, and in fact it adds value by randomising enemy defence and having hidden weaknesses you need to learn over time, all creating intrigue. The app also allows you to interact with scenery to find clues or items or progress the story a little, it is a fun experience. There are also difficulty levels to help you find your sweet spot, but the game for once does not feel like a race, you can take your time and enjoy the adventure, which may make it easier to win, but makes it great to play without a lot of stress or competitiveness. Also you can select your difficultly level and heroes to play each adventure so you have freedom to switch things up every game which is excellent. Old favourite mechanisms such as fatigue and surges do remain here too, with fatigue gaining an enhanced element affecting both your hero skills and weapons, and these also feature a cool flipping mechanic too providing new option within combat. 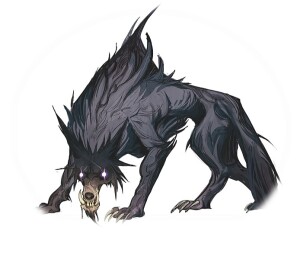 This game is old school Warhammer Quest style, by that i mean it is not a serious tactical masterclass like Gloomhaven or even Altar Quest, it majors on adventure and exploration, and there is clearly some personal taste involved here, but this game is a dungeon crawl i have waited a long time for. It looks great on the table, is fun but not too complex to play, has the ability to allow for solo adventuring which is rarely nailed elsewhere, and majors on exploration and revealing a hidden journey. The storyline and characters are good enough to be engaging, and as a whole it makes dungeon crawling fun to do, taking away annoying mathematical calculations and springing numerous surprises, as you have will not have laid out the map in advance such as in Massive Darkness, Middara, Gloomhaven and many others. Overall this game just hits the mark for me, and while Sword & Sorcery has more complex rules and better enemy intelligence, and Altar Quest has more depth of card gameplay, for the easy to play adventure that anyone can pretty much join in with, then this game is fabulous.