Lord of the Rings LCG 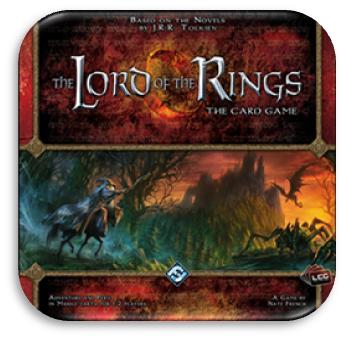 A living card game is a solo or co-operative collectable expanding game where set packs of cards are issued to expand on a core set, with the same content available for every buyer. This means the game is consistent with no rare or special cards around which can change the game for one player. Fantasy Flight games are one of the best at developing these games, and this is i believe their best ever title based within the famous Lord of the Rings fantasy setting. 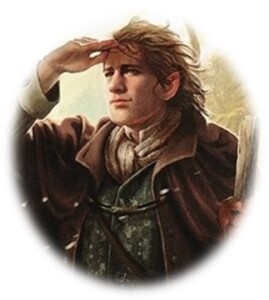 You will embark on varied scenario quest challenges which are determined using a specific encounter deck built for each game from locations, monsters and treachery events. To combat this you each choose three hero characters to adventure with each having some core skills for willpower, attacking and defending plus a special ability or two. You will also build yourself a custom support deck of allies, equipment and events from four different spheres, spirit, lore, leadership and tactics and you will need to spend the corresponding hero resources to get these cards into play during the game. Preparing the right deck for a quest can be important and deck building here should be considered part of the enjoyment.

A game is split into rounds and then into phases, starting with a quest phase, then travelling to a new location if the way is clear, and finally a combat phase. Each round characters are usually exhausted when committed to a phase, so you need to decide carefully who will be doing what action. You will win by defeating quest objectives set by a small set of master cards which drive the scenario, and losing happens if your heroes die or the overall threat level within the game gets too high. There is a constant balance between adding progress to your main quest and dealing with all the threats and monsters attacking you while keeping the overall threat level under control. 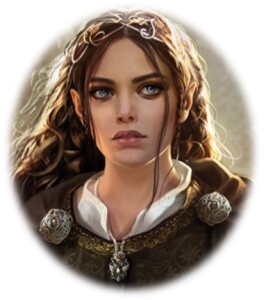 The cards for this game feature amazing artwork, and if you like the setting this will be a real plus in itself. It is a relatively tough game, especially solo, although quests come with different levels of inherent difficulty, and there are easier modes of play you can utilise, but getting expansions will be important to provide new adventures and enable better deck building, which then improves your chances of success. I personally play this entirely as a solo challenge with one deck, and with its easy of set up it offers me more replay value than any other game i have, by switching your heroes, taking new allies and equipment, trying different quest mechanics, its combinations feel unlimited. This has been my number one game for a few years now, and the content i own is i admit pretty ridiculous and you can see my own thoughts on many of these packs on my site :

There are so many expansions you can add to enhance or change the gameplay that i will provide an overview here and let my other pages give you more detail (my additions highlighted green = own, blue = part owned, red = not purchased) :

The six Lord of the Rings saga boxes The Black Riders, The Road Darkens, The Treason of Saruman, The Land of Shadow, The Flame of the West, The Mountain of Fire plus a further two that follow The Hobbit book Over Hill & Under Hill and On The Doorstep, providing a more story driven narrative campaign from the books to play though, and give players an extra hero to help each time. They also contain some important hero and ally player cards and ongoing boons which you can take forward between adventures. This is a great way to expand the game within a limited scope and get the whole story.

These expansions work in sets, and there are eight of them. Each begins with a deluxe box containing three quests and then adds to it a series of six cycle adventure packs which will use content from the corresponding deluxe box cards alongside them. These sets tend to have a theme to each based on the various book locations, but expand the stories to add more variation and ideas. These are my favourite additions and i just have one cycle left to get Shadows of Mirkwood cycle, Khazad Dum & Dwarrowdelf cycle, Heirs of Numenor & Against the Shadows cycle, Voice of Isengard & Ring Maker cycle, Lost Realm & Angmar Awakened cycle, Grey Havens & Dreamchaser cycle, Sands of Harad & Haradrim cycle, Wilds of Rhovanion & Ered Mithrin,  Shadows in the East & Vengeance of Mordor cycle.

For events and conventions there have been special packs added to the game which do not contain player cards but are larger than normal quest pack. These are great, but cherry picking the themes you like may be best. Massing at Osgiliath, Battle of Laketown, Stone of Erech, Old Forest, Fog on Barrow Downs, Ruins of Belegost, Murder at the Prancing Pony, Siege of Annuminus, Attack on Dol Guldur

These packs were re-implementations of original quests which generally added difficulty and maybe tidied up issues or winning strategies that had been identified. Generally the original quests are hard enough, but if you want a challenge or really love a certain quest and want more from it then these are worth a look.

There is a series of larger scenario packs which contain mix and match encounter cards and no hero or player cards just allowing you to set your own challenges and adventures Wizards Quest, Woodland Realm, Mines of Moria, Escape from Khazad-dum, Hunt for the Dreadnaught, Dead of Mirkwood.