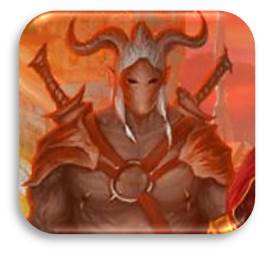 This is a summary of the board games that saw my most interest, investment, hobby time, playing and enjoyment in 2017. It is not necessarily a direct reflection of my all time favourite games. This was the big year for changes in my collection as the kickstarters i backed started to arrive and older games were moved out.

1. Gloomhaven – this took over group gaming sessions for almost all of the year with regular sunday afternoon play following the huge campaign, with more time and enjoyment invested than any other game. My Vermling Mindthief will be fondly remembered forever. This is a game our group loved and was the game release of the year.

2. Shadows over Hammerhal – i invested a lot of painting time earlier this year and have played the campaign when we needed a Gloomhaven break. New content has finally started to arrive during December too with enemy cards and white dwarf articles, which will help its hobby profile continue into next year.

3. Too Many Bones – my most enjoyed solo game this year, plus i bought expansion items with the upgrade pack, premium chips and an adventure map. I also backed the new kickstarter expansion. This is such a beautiful game with great strategy and story telling and dice mechanics that beat anything else. It was the best solo playable game release this year.

4. Sword & Sorcery – i painted up some of the act one models and dabbled with the campaign while the painting was completed. Once i realised how much i liked the game, I added the three extra heroes i missed off the kickstarter funding to my collection. This is a deeper story driven dungeon crawl.

5. Descent 2nd Edition – the Road to Legend app is still bringing new life to the game, and whilst it continues to see lighter play than at its peak in 2015, i am still purchasing expansion content, painting and playing it even now. I consider it a better game than Massive Darkness, and Christmas brought me the Stewards of the Secret heroes and monsters set ready to paint next year.

6. Lord of the Rings LCG – last years most played solo game, it started the year well with the Sands of Harad and Beneath the Sands expansions getting a lot of play. However during the 2nd half of the year i took a break as the arrival of newer kickstarter games took over the limelight.

7. 7th Continent – another solo game and a wonderful exploration tale with many surprises. It hit my solo table intermittently, but when it does i tend to play for a few hours as time passes quick playing this one. There was an expansion kickstarter this year too which i also backed.

8. Thunderstone Advance – has seen some gaming late in the year as i tweaked the solo rules, and i prefer it to the newer Dragonfire game which i have decided not to keep.  It is easy to set up and get playing which helps it beat other games when i have limited gaming time. The new Quest version is coming in 2018 which is really exciting.