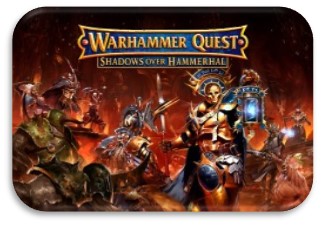 Shadows Over Hammerhal was released in February 2017 as the follow up to Warhammer Quest Silver Tower. This new version was both complimentary and separate to Silver Tower in that it was a stand alone box set, but equally you can use components of both sets, heroes and enemies to cross over. In terms of theme. Hammerhal has more of an underground dungeon feel beneath a city, and features four new heroes and lots more chaos enemies including Nurgle and Khorne, along with a good number of Tzeentch acolytes again already seen in Silver Tower. 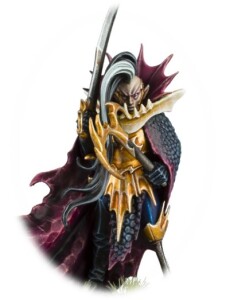 The gameplay is relatively simple, your hero has dice spots that you roll and fill each round, and then use these to activate certain actions, lower numbers rolled can be used to move, explore, heal and use a basic fight skill, while higher rolls are needed for special weapons or abilities. There is also a pool of destiny dice you can tap into but these are shared across your party, so you need to use them co-operatively. Any wounds received will block out dice slots, reducing your ability to perform actions. It is simple and effective gameplay making it lean towards entry level as it is quick to learn and play.

The main change to this new game version compared to Silver Tower was that it asked someone to play as the dungeon master, which potentially opens up a different style of game with a one player versus many approach, however there are still automated monster tables so co-operative play remains possible, although as one person will be designated to read the campaign book he may get less surprises. In addition whereas Silver Tower adapted to the hero numbers, Hammerhal requires four characters to enter each dungeon.

The new storyline and theme is really nice, in fact i prefer it to Silver Tower, as it was more like the original 1995 game in many respects. The guidebook is amazing, complete with loads of storyline and background, and detailed painting guides for the models, this book is far superior to the one in Silver Tower. The adventure story book has changed into a dungeon master guide, but some of the principals are similar, there is storyline and theme, but Hammerhal is not designed to have random room generation. This may be off-putting for some, but i feel well written campaigns can offset this, and the box features a long multi-layered dungeon to explore. There is also a very welcome return to visiting towns and having events between your adventures. 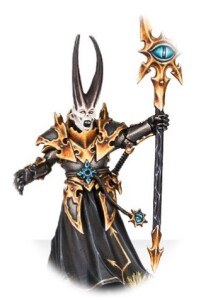 The dungeon tiles in this set are detailed and varied and i really like them, although Silver Tower was equally excellent and were better card stock, I do however like the darker dungeon style more in Hammerhal. Card deck content is pretty similar with treasures and skills, but Hammerhal is a bit thin on the dice provided and models also have a lower count at 30, and come with 4 heroes. What i liked about this modelling set is that you build from multiple sprue options to create your own version of the enemies, and i enjoyed the choice this brings, especially on the Putrid Blightkings which are amazing monsters. Even the acolytes which we have seen before in Silver Tower come with some new and better variations.

Overall this was a great set, and i was happy to run adventures while also being a hero. The combined effect of having both games, with distinct themes and story, interchangeable content and even slightly different rules makes it one of the best dungeon crawl game series i have, and newcomers can jump in with either version depending on their game style preference. The disappointment only came with hindsight, as the potential for new and varied story campaigns with new themes never materialised as Games Workshop released little in terms of official expansions and moved quickly onto the new game in the series called Blackstone Fortress.

My optional rules for adding in Slambo , Lord of Plagues and Dreaded Ambull

This particular game was not as well supported by Games Workshop with specific expansions, but that said the miniature produce line is extensive (my additions highlighted green = own, blue = part owned, red = not purchased) :

The previous Warhammer Quest game Silver Tower has heroes and enemies that can be used within the Shadows over Hammerhal game. If you own both sets then this is a great way to enhance your game variety within both. 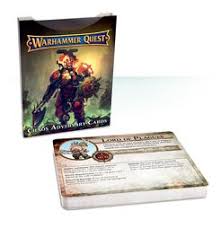 The release of the Chaos Adversary pack really helped to lift this edition to a higher level as it included cards and rules for a host of new enemies. This in turn may lean you towards buying new miniatures to add to your game and makes it the single most important addition you can get. My own slaughterpriest addition is an example of this.

A number of articles with new content were released in early 2018 which included rules for Nighthaunts and Cogsmith Dwarves and with the most important being the Return to Hammerhal story arc across 3 missions.