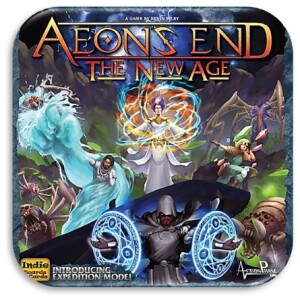 This is a co-operative deckbuilding game that has been around since 2016, and tended to have an annual release schedule for a new box. Whilst there are a number of core sets around, the original second edition printing with updated artwork is often a good starting point with War Eternal the follow up edition. Since then the game added Legacy, a customise build your own game over time idea, before moving into more set expedition style stories with New Age and now Outcasts, where new mages and monsters are added slowly during a light campaign. Pretty much all the editions are compatible, especially mages and nameless monsters. 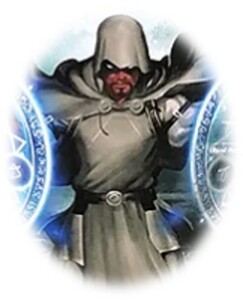 The premise of the game is that you are survivors of an invasion, taking refuge in the underground city of Gravehold, where your mages use magical energy breaches to fight back at the nameless monsters, using gems as a currency and spells as weapons. Each turn you play a hand of five cards, spending aether to gain gems, relics or spells and preparing spells in your open breaches ready to cast on future turns. This is a major difference to other deckbuilders where attacks are more instantaneous rather than delayed.  In addition each round you will shuffle a turn order deck, so you can never be sure when you, your allies and the monsters will activate which is really neat and requires you to think ahead a little.

The key changes from game to game is the mage you select comes with alternative starting cards, breach set ups and a special skill they can activate with charges. Alongside this the nameless creatures you fight will come with unique mechanics and their own deck of cards which fight against you. These creatures are the most interesting area of the game to add variety and change up how you need to play, and the monster artwork and side boards are really good too. 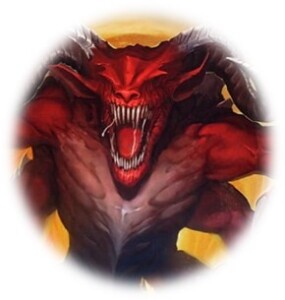 I am not overly convinced it matters which set you start with, although Legacy is a little different as it builds your game in a linear fashion based on your decisions. I tried the original second printing box for a while back in 2017, before returning with New Age as i really liked the addition of the expedition progression to introduce the box elements one by one. This game brand has grown on me of late, as I find it a really easy deckbuilder to get into, with set up time shorter than many others, and the swiftness of play is great too with each nemesis creatures providing new and different challenges. I find it one of the easiest deckbuilders around to reset, tweak a few things and replay quickly and this makes it so enjoyable.

You can start with any of the core sets, the original 2nd edition, War Eternal, Legacy, New Age or Outcasts. Personally i would simply choose the one with mages and nemesis creatures that you most like the look of as game contents are interchangeable and each can act as expansion content for each other. Legacy is a little different as you build up your own game over time, and New Age and Outcasts offers an expedition mode where you unlock content as your progress a story.

Each core set tends to have its own wave of expansions so there are many available, but again any expansion is useable with any core set. I do not have enough knowledge to advise on the best ones but the list available includes The Depths, The Nameless, The Void, Outer Dark, Buried Secrets, The Ancients, Shattered Dreams, Into the Wild, Return to Gravehold. It may be most cost effective to buy additional core sets but the most important additions to me are the Nemesis and therefore my shortlist includes The Nameless & Return to Gravehold which have two in each.

For those that love the game you can get accessory boxes for each of the core sets, which have set dividers, dice and counters. A neoprene playmat is also available which given there is no board inside the core boxes is quite nice.