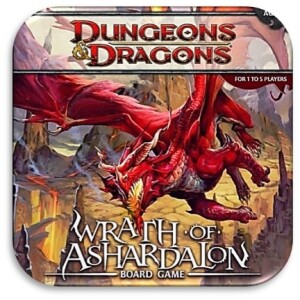 The dungeons & dragons board game series are entry level co-operative dungeon crawls, where straightforward mechanics allow you play against the dungeon in a series of quests. There are six games so far in this series with each one having very similar rules and gameplay but each with its own theme and some minor game tweaks. 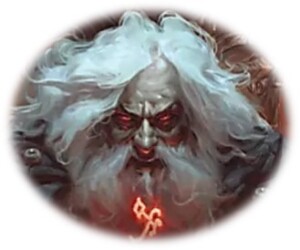 This dungeon series sets you up with a book of quests to complete and has a random generating style, with tiles drawn from a shuffled stack, and a deck of encounters including traps, monsters and events that will appear as you explore. Enemies have very simple automated instructions, with in general a key premise to close in on you to attack, but they do have some slightly varied mechanics. Heroes will have unique skills formed by a set of ability cards, and you will select the ones you want to use each game, varying from standard ongoing abilities to a more powerful once per adventure where timing their use is important. Combat and test rolling is pretty basic being determined by a twenty sided dice roll with occasional modifiers.

The components within these games are very slightly lower quality than many crawlers, encounter cards and items have no artwork and heroes and monsters are represented by drawings, with tiles improving over time within each set. Miniatures come with a mix of monster sizes in each box including at least one large boss enemy and are in different colours of plastic, with a nice variety between each set, and whilst the quality features some bendy hero weapons, it is good enough to provide you with a neat looking game. 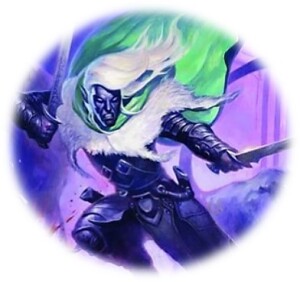 Each set has its own theme with slight variations in game focus, and your choice will likely depend on your theme preference. Monsters and heroes are interchangeable which really helps expand the game appeal. A quick look at the sets > Castle Ravenloft (2010) – the original with a vampire castle and undead and well liked due to its strong theme and higher difficulty. Wrath of Ashardalon (2011) – has more traditional dungeon monsters such as the dragon and orcs and improved treasure cards. Legend of Drizzt (2011) – themed on the underdark books with stronger heroes which made the game easier and has nicer looking cavern tiles. Temple of Elemental Evil (2015) – has elemental monsters and a light linked campaign with trap icons on the tiles and a town to visit. Tomb of Annihilation (2017) – splits the tiles between a jungle and underground settings and adds dinosaurs, it still has a light campaign but is for me the least appealing box. Dungeon of the Mad Mage (2019) – the best looking tiles and even more of a campaign, and generally builds on everything that has gone before.

I worked through the first three games in this series, owning one at a time for many years. It is a really nice entry level dungeon crawler with enjoyable adventures, a quicker set up and play length suited to when you do not want to think too hard or play all night, and they do work well with less experienced players. My son is grown up now, and I have chosen to use Warhammer Quest as my entry level dungeon crawler as it is a deeper experience, however i only have fond memories of these games which despite their limitations offer the random nature of building the dungeon map and encounters which is still appealing. It is also pretty easy to solo with multiple heroes as the mechanics are so simple to follow. I may still return and get another copy and if i did my choice would probably be Dungeon of the Mad Mage or maybe a return to Wrath of Ashardalon due to their more traditional dungeon themes.