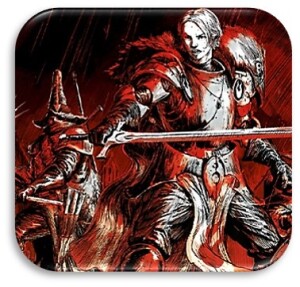 The newest Warhammer Quest set is called Cursed City, and the fourth in the new series of core games under this brand, each with a different theme, and I am really excited about this one. The setting is an undead city where Radukar the Wolf, initially the saviour of the citadel has now succumbed to the evil and surrounded himself with fiends and creatures. Local residents have been turned into vampires or undead and the city now needs savings.

This new quest game is built off the same core mechanics as the previous ones, largely taking the better ideas within these other sets. While the dice allocation system and destiny dice remains at the core of the system, over time there have been minor improvements including a turn order activation track which you can manipulate, and a new set of combat dice which appeared in Blackstone Fortress, which was ultimately the most polished ruleset so far. Heroes and enemies have an upgraded card version you can access by becoming inspired or for enemies as night sets in, and enemy groups also come with the addition of leaders or champions. The tactical elements are light, so this is not going to be a really deep thinking experience, as this game aims more at the fun and easy play side of things, but does have mission variety.

The artwork style of the game looks impressive all round, and the models rank as one of the best sets they have done with many excellent unique hero characters and undead style enemies. The tiles are a mixture of outside city flagstones and then some indoor castle style rooms, which will add to the mission variety and they are nicely detailed, a similar style to Shadows over Hammerhal but overall much nicer, but are potentially interchangeable between the two games. The gameplay mixes up three different mission types, a scavenge, hunt and chase scenarios, sometimes using pre-set maps and others with more random exploration, which is great news for variety. Each mission you complete affects the cities peril and fear status which you need to keep in balance.

Heroes will have some levelling up over time which is an advantage over Silver Tower and Shadows over Hammerhal and with each new level a skill is gained and a decapitation pre-set mission is unlocked to take down one of the main city bosses. It is worth noting that this core box has a proper expedition deck to represent the tiles, meaning that you can actually create a random dungeon crawl and even use elements of the original 1995 edition to cross over rulesets between the games, and it also bears a fairly close resemblance to Hammerhal in that with some tweaking you could interchange content between these two sets. 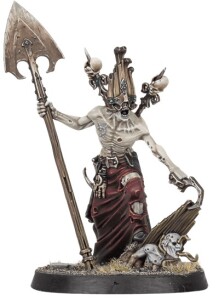 In terms of Blackstone Fortress comparisons, Cursed City has improvements. Firstly it returns to group enemy activation rather than individual models with its tables found on the front of the enemy card, thus removing one of the biggest downside of the excessive dice rolling and table look ups i felt with its predecessor. Then there are crises encounters during your main campaign as side missions, rather than being added between combat adventures, which makes the whole integration much smoother, and adds some storyline and surprises to the quest you are on. Thirdly whilst there is a grind element to both games, Cursed City has character levelling up to unlock new boss fights, and the game enemy spawns scale up accordingly, which is again an improvement. Blackstone Fortress does offer a more skirmish style map with raged combat and terrain cover.

This particular edition of Warhammer Quest still has the potential to become the definitive one, with a re-print in 2022 and new expansions and stories it has so much potential for an amazing journey. In the meantime, the game as it stands is great, containing arguably the best dungeon crawl model set based on one theme, the undead. It still stands nicely alongside Silver Tower and Shadows over Hammerhal as a trilogy series that operates in different settings but with some cross overs, and it is a great hobby experience. My own painting journey of the set > Cursed City Painting Journey and details of the some of the best new fan made resources available > Variants & Expansions

Related expansions to this game was initially cut rather short by Games Workshop but news is that new releases are coming in 2022 and hopefully articles within the White Dwarf magazine (my additions highlighted green = own, blue = part owned, red = not purchased) :

At launch there was a Cursed City novel which tells a story within the city setting and it comes with a unique Battlemage Hero card, not available elsewhere, which you can use within the game. I ordered this on release and in preparation i re-painted and rebased a model from the original Warhammer Quest line to be my character.