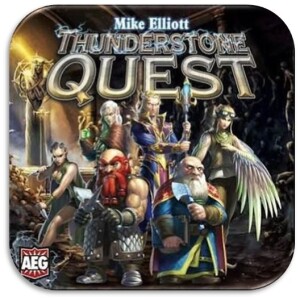 Thunderstone Quest was the latest 2018 update to the great deckbuilding game by AEG which was first released in 2009, updated to an advance edition in 2012 and is now called quest. The original Thunderstone begun with a core set and had five main expansion releases, then the Advance series was released across two core sets starting with Towers of Ruin and later Worlds Collide, adding three main expansions Caverns of Bane, Root of Corruption and Into the Abyss. The artwork style and gameplay of these earlier two series was very similar, but this was shaken up with the new version. 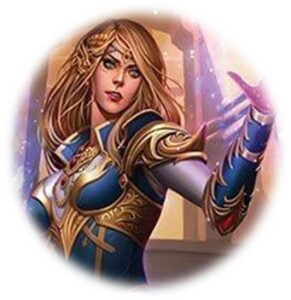 This is a pretty standard deckbuilding game but with a dungeon crawl theme, drawing a hand of six cards each turn, requiring players to recruit heroes and upskill them over time, buying new weapons, items and spells from the village to help defeat monsters that dwell in a dungeon area. It was designed principally as a competitive game, but some solo rules have been historically provided. The Quest edition really starts to go the extra mile on the design as the village has different places to visit which trigger extra actions, such as buying bread, lanterns or potions, healing additional wounds or buying treasure, and it really feels like you have more choices to make there now. Mechanically wounds are now taken when you fight monsters, which will eventually affect your hand draw, and light is required to move around the dungeon rather than causing you to just need extra attack power, and this is more thematic and realistic. The dungeon is also upgraded, with a series of rooms to move through, adding different effects to the monsters or rewards, and the thick card tiles and artwork used here are excellent. The whole experience is improved, making it a little more interactive and whilst adding a small layer of complexity, it really offers more choice and interest. 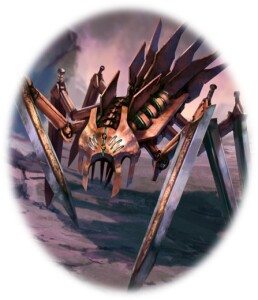 The production on Quest is really nice, all the boards and dungeon tiles are thick with great artwork, the box is huge and there are wooden tokens for the resources and miniatures for the players. Cards have more gloss and shine and are smoother to the touch than previous editions and the linen finish is gone, but if you sleeve them then its largely irrelevant. Artwork is also a departure with a sharper focus and a more colourful palette and has a modern feel. Overall i would say there is an up close and more ‘in action’ style pose to heroes and enemies.

A major gameplay change is that monsters are defeated and discarded in Quest, rather than ending up in your own deck as victory points, which is now related to XP tokens and treasure cards instead. This makes deck building easier to manage and helps make it a better game to play. Overall the game seems fuller, more interesting to play, and is i feel the more engaging game experience. That said, if you want have a simpler style of game, focused on buying equipment and levelling up, then Advance will offer you the quicker set up and speedier play and seems the greater challenge. This game brand has been in my top 10 games since 2012, and Quest ensures that it stays there.

This game is an expansions lovers dream as there is so much content around and some of it is really important (my additions highlighted green = own, blue = part owned, red = not purchased) : 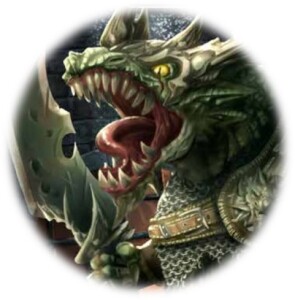 The great request from the kickstarter was the addition of a good co-operative and solo game mode, and the answer was a comprehensive expansion called Barricades. It adds extra player abilities to tap into via prestige class boards, enabling you to upgrade during the game, alongside a new requirement to defend the village from the emerging dungeon enemies via dice rolling triggers that you have to mitigate. Each guardian boss has its own attack style to combat and shifts how you need to play. This system has proven highly engaging and effective both solo and co-operatively such that it is it a must have expansion for me if co-operative play is desired.

The neoprene mat was a really useful addition, reducing the play area of the village area to a more manageable size, and it is much thicker than other play mats i have seen and looks pretty nice too. It also has a barricades side too which means you do not have to add stickers to the original board, which was nice. Another recommendation here.

These are being released each year via kickstarter in sets of two, usually without the individual boxes. There are now 11 separate quest decks, each with their own theme and style and they are all enjoyable purchases to change up your game, however you can pick them up at retail one small box at a time which has some nice artwork. The kickstarters are more cost effective though and each year tend to add something extra such as a deluxe box, dividers, level 4 heroes so its hard to know if these are still available.