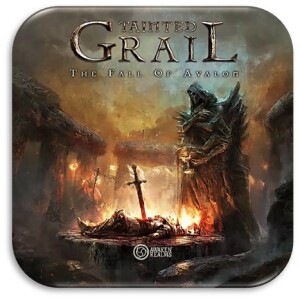 Tainted Grail: the Fall of Avalon is a solo or cooperative story adventure experience. You will play as a flawed hero in a dying land which is sinking into wyrdness and searching for a way to save it. Guardian menhirs are huge statues which have held back the destruction for many years, but they are failing, and as they are the only way to ensure safe travel throughout the realm you must keep them lit while you explore. 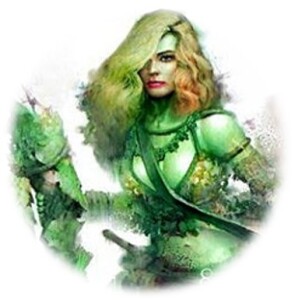 The game is built in chapters, each requiring you to complete one or more quests by uncovering remote locations, finding secret artifacts or learning hidden truths, there will be puzzles and branching paths, with difficult decisions to make, often with ongoing consequences within the game. Your selected character will have a different starting combination of six core skills in pairs such as brutality & empathy, practicality & spirituality, plus a couple of other personal skills or character flaw. As you progress you can spend experience to increase these skills or alternatively improve your deck of cards that you use for combat and diplomacy, the key ways you overcome game encounters. There is an ongoing decision mix between levelling up and deckbuilding.

The world you are exploring is created by large beautifully illustrated cards which build a map as you enter locations, providing you have sufficient menhirs lit. You can interact with each card in different ways, gaining rewards or perhaps exploring deeper to reveal more secrets of the storyline, which are read from a huge journal book. Once you get started on the adventure it becomes engaging to learn what each location has in store. 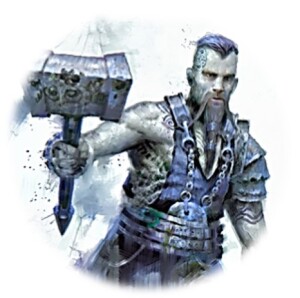 Given that combining a branching story into a board game is not an easy task, this does an excellent job. The game is not perfect though, gathering resources to re-light the menhirs can become tiresome, although it is pretty easy to reduce the impact here and play in more of a suggested story mode. Also some decisions can lead to dire consequences, dead ends or even death, and you can also feel a little lost, not knowing where your quest answer lies which can feel frustrating. However the joy of new discovery eventually outweighs many gaming imperfections for me, and you could just play through it as a story journey if you wish and ignore all the repeat menhir lighting.

This is a pretty unique game experience if you want a full on story adventure, it has a dark moody theme with amazing artwork and miniatures, and is all about survival and discovery. Despite these highs, gameplay does sometimes feel a little slow paced going back and forth across the map, and diplomacy i sadly find a bit of a chore. It has not become as highly rated in my list as i originally expected, however its amazing theme means i am keeping it. I believe it is best played solo or as two player co-operative to avoid downtime and upkeep, and it’s closest comparison if you enjoy this kind of game is 7th Continent.

As a kickstarter there are a number of expansions and extras you can add to enhance or change the gameplay (my additions highlighted green = own, blue = part owned, red = not purchased) :

The Last Knight & Age of Legends

The follow on story instalments to the main game and it comes with new heroes as well. If you enjoy the core game i am sure this would be what you would want to add the most.

A harder expansion set on another continent where the red death has ravaged the creatures already. If you have run out of existing story content for your existing heroes then this is the next place to go.

Echoes of the Past

A smaller expansion that lets you uncover some of your chosen characters history and can unlock some legendary actions. A nice extra but not really a necessity.

Onto non gameplay related items here, however if you want the game to look its best then these miniatures are pretty awesome and interesting ones too, representing creatures you may meet on your explorations, and are excellent quality. Adding the sundrop really brings them to life and saves a huge time painting. Both come recommended if you have the budget for it.

There are some extra you can get such as metal coins, a neoprene playmat, an artbook and notebook. Personally i do not feel overly excited about all these, but i did get the coins which do feel much nicer than the plastic ones, although still hard to read the numbers on them.