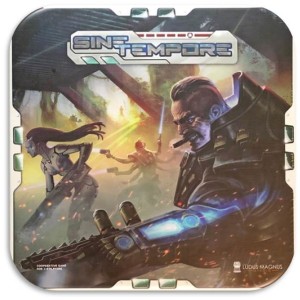 Sine Tempore is a space campaign where your party of four heroes are scouting out a new planet called Primevus V in search of a new homeworld. This is a miniatures heavy game with tiles and dice rolling. The core campaign is a 10 mission storyline including occasional branching paths, with the missions interspersed with 12 exploration scenarios which have more random set ups each time with enemies and scenery. Completing these explorations will help you take control of 24 areas on the planet map and gather important resources which you can use to upgrade your spaceship or equipment. 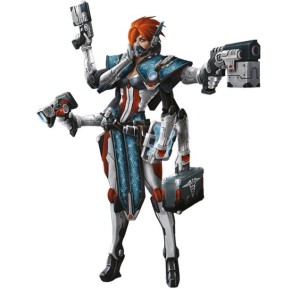 Component quality is really good, the models are great quality with pretty hard plastic and great detail, and tiles are larger than usual with square grids and excellent artwork that is up with the best i have seen. The three dimensional scenery is great too with crates and trees that really stand out alongside the models, and provide cover and objects to climb on. It is a great looking set up on the table, and artwork is also top notch, with player boards beating the thinner cards of most other games, and coming with neat skill token upgrades to insert.

The core box has four different heroes, a close combat leader, ranged weapon android, psionic powered character and an armed medic, and these all have a unique enough role and skill sets. Enemy models represent more than one card version which increases the variations available for each mission, and their AI is medium complexity and have objectives until hero threat becomes sufficient enough to change their behavior. There are a lot of symbols for skills and conditions so this takes some learning and remembering, a separate reference sheet would have been helpful, but there is an action reference turn guide provided. You need to play with 4 heroes each game, so you are best set up with the right size group, and therefore it is not really solo friendly.

Gameplay turns are made on a wheel tracker, you have action points to spend each turn rather than a set number of actions (move and attack), and whilst you may still do that combination a lot of the time, it feels like you have more choices on how to spend your turn. If you want to take a quick shot and let your turn come around a little quicker then you can opt to do this.  Your attack and defense are completed via dice rolls, you score hits by rolling certain symbol combinations, with mitigation largely through gaining extra dice or re-rolls. Tactically speaking there are some considerations, such as focusing dice from an easier attack to use later,  upgrading certain skills before others, making sure you attack enemies with the right character to avoid defense, or standing in defensive cover if you are wounded.  It is however a game where you will not do a massive damage combo hit early on, and you must use attrition or group focus attacks to take out the most threatening enemies. 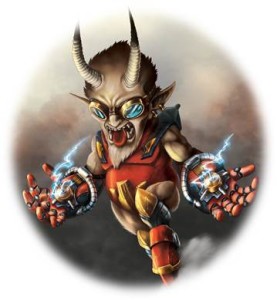 There are a lot of upgrades choices available, and skills offer specialisation paths to focus on, with the space ship areas and equipment upgrades competing for attention. Some expansions such as Kyrone and Motherfang offer a short series of missions to fight a Nemesis boss, with rewards for success and are a nice theme addition.

The ten storyline missions are fun to play as a group, however the side explorations soon became more of a chore to skip and I would have preferred a longer storyline instead with resources collected on route.  You need to have four heroes in the game, so this can be a limitation and it is not solo friendly. This game has some uniqueness, its momentum turn tracker proved a great feature and it’s scenery, tiles, artwork and general appearance all make the game feel alive and engrossing. I was happy with my time playing through the core box campaign, but did not feel a huge desire to repeat play, and I remain interested in Nova Aetus which is built on the same mechanics and has a renaissance theme.