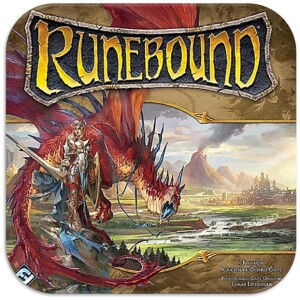 Runebound has been a massive brand from Fantasy Flight games since 2004 and the 2nd edition is so well loved, and rightly so with great artwork, a beautiful map to explore and the largest numbers of expansions of any game release, it remains a classic example of the genre. However there was one more edition to come, with a visually improved map, artwork and a more structured approach to the game time, the 3rd edition from 2015 is the version i adore. 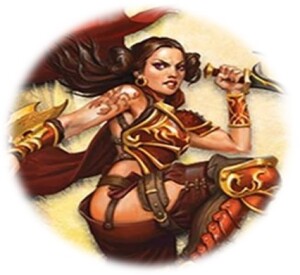 The game is a contained adventure played across a beautiful world map, i have not seen any one board world map better it. As you explore you will gradually reveal quests, some combat driven, other location orientated to point of interest, and undertaking these will gradually level up your hero and improve their abilities. Also visiting towns will give you access to new equipment equipment which you can trade for or buy. Heroes are also excellent, they start will slightly different skill stats and powers, and can ultimately build however you want them to. There is a lot of character to them and the models and really nice quality too.

The approach of the game is quite freeform, you can choose where to go and what to discover but over time various key points of interest will become must visit locations. The way you explore is excellent, you roll movement dice and match the terrain symbols with what you need to cross where you are on the map such as plains, rivers or mountains. Yes the dice you use could have been better quality or engraved but they work nicely in the context of the game. Combat is also pretty unique now moving from dice to token throwing which once you get used to it works really well and you can manipulate or re-roll these using skills and effects. It is a novelty of sorts but ultimately one i warmed to. What really join it together is that new items you obtain add new tokens to your pool which really makes your choices feel meaningful. 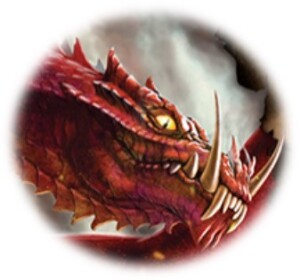 One further improvement over the great 2nd edition is that there is now a doom tracker which will be counting down your final enemy encounter and ensuring you cant keep questing until you become invincible. This tracker will also trigger story events from a deck of cards unique to each scenario which keep the game fresh and varied. In addition the different scenarios build new encounter decks on a theme which again makes each adventure feel different, whether taking down the dragonkin or fighting the undead.

The game is written in a competitive format, the first player to overcome the boss will be the victor, however once the co-operative side of the game was expanded in the expansion, see below, this game became for me one of the greatest and over time even though i look for them, i find it so hard to discover something that matches it. 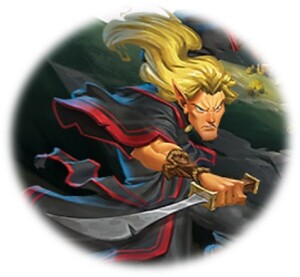 Whilst this was not the first expansion released, it is certainly the most important and larger than the others. It added a lot of new content, with two new heroes, two new scenarios focused on defeating a warband and a plague,  five cooperative or solo scenario re-writes, and a wealth of new asset and skill cards. It enabled you to play as part of a group or solo using enemy boards to provide an intelligence to the enemy battles, and even enabled you to send messages between characters in different towns. The is the expansion to get.

These two expansions focused on a new challenge, with new story and enemy cards. Caught in the Web is gigantic spider theme based and has a knight hero and is highly recommended, and Dark Star is a more player versus player orientated game with a more magical hero and is a pack i never got around to buying.

Also adding in a new hero each, these two pack included 15 more generic adventure cards to build variety into your core game decks, plus new sets of skills and equipment cards. The Guilded Blade added in the athletic Red Scorpion character and Mountains Rise added a solid berserker fighter. These are just great for adding variety to every adventure you play.

The game sadly did not expand any further, although if you own Descent 2nd Edition set in the same Terrinoth world you can use a number of the enemy models to add impact to your board when they appear. In addition some fan based heroes cards were added on boardgamegeek using the characters from that core Descent set.