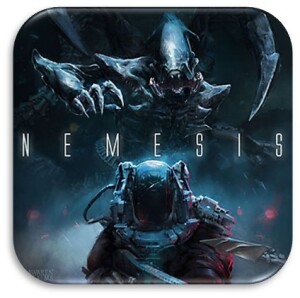 Nemesis by Awaken Realms arrived in 2018 and provides the experience of the Aliens films in a board game setting. It comes with theme, atmosphere, co-operative play and some secret agendas. The general production quality of this game is amazing, the spaceship board is huge and double sided to give alternative play options, room tiles, player boards and tokens are all thick and solid, and models are really neat, especially the aliens which with sundrop paintwork have come out really well, and saved me a lot of painting time.

Playing Nemesis is an absolute blast, you awake from hibernation unable to remember the exact lay out of the ship, and have to investigate and uncover the various rooms turn by turn. Upon entering each one you will hear noises in the corridors and vents, until eventually your presence is enough to trigger the appearance of an alien, which come in a number of different forms, from tiny larvae to adults or even the huge queen herself.  Unless you have found a good weapon, you will mostly be playing defensively, trying to avoid and escape them, occasionally trying your luck with limited ammo to take one down. The artwork is high quality and alien miniatures are excellent, and the game really is full of tension and fun to play. 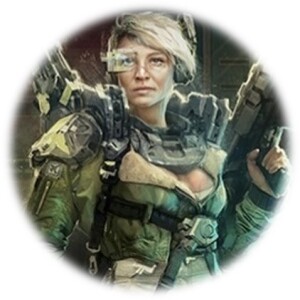 Each of the six characters in the core set have 10 action cards to use which relate to their role within the ships crew, and each of them has its own unique artwork, which is just beautiful. You will have a hand of five cards to use each turn but you may want to hold some back as a defence against unwanted threats during the alien turn. Each player in the game has a secret objective other than survival and escape, which can vary from sending signals back to the corporation, changing the ship destination or even ensuring another player does not make it off alive. You can easily tailor these to make the game play more towards the co-operative side, as this game is tough enough even with everyone on the same page.

This game is awesome, it quickly fills with tension and you will soon each be needing multiple rooms or items to help your survival or remove contamination, as well as ensuring the ship is not destroyed by fire or mechanical breakdown. Each character has its own action strengths too, and you will feel you have a decent chance to succeed, but towards the end will be dragging your broken body towards the escape pods or hibernation chamber, afraid that you will alert intruders at just the wrong moment. Eventually self preservation may get the better of all your nicer co-operative intentions. 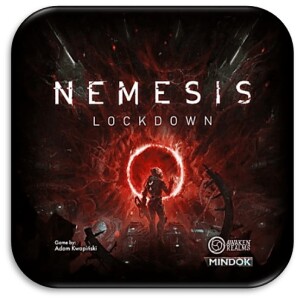 In 2021 a new new stand alone edition of the game was released, set on a Mars base. The core gameplay is extremely similar to the original game, with new map boards which include elevators between levels and optionally even an outside area depending on which map side of the board you use. New human characters are added, plus two new monsters types, the night stalkers and chytrids, and these are cross compatible to the original game, and likewise you can use the originals within Lockdown. Some minor extra rule layers include power and lighting which can be switched on or off, and may effect the severity of the monsters and events in the dark. The spaceship destination mechanic is replaced by a set of corporate objectives, where you must discover which one they plan to initiate at the game end, or risk the consequence. The new version overall has some minor improvements, but nothing is overly game changing in reality and owning both is not a necessity, but can still be desirable.

There is a lot of replay value in the core set, with six characters all with different strengths, a spaceship that is never quite the same, and the changing order of events and objectives, but there is also a lot of expansion content to look for (my additions highlighted green = own, blue = part owned, red = not purchased) :

The biggest expansion box which contains a follow up mission scenario which happens after the events of the original game on the abandoned spaceship. It has five new hero characters and a new alien race called the Voidseekers, which have new abilities to overcome. This was initially the most useful addition to have if you want more general content, or to change up the variety of your gameplay.

Another box of alternative monster enemies, and these harvest bodies to enhance their own mutations. If you want to throw in another alternative enemy challenge then this box will provide more variety, but equally if you have Voidseekers you may want to save money towards the Lockdown version of the game instead.

A single character add on complete with their ten card deck and board. A nice cheap addition, which was free for many kickstarter backers but if you get Aftermath you may already have enough character choice.

There are two graphical novels which provide a co-operative gameplay experience where you refer to the book whilst playing a set mission to provide extra storyline and some choices which will affect the path of your game. i found it a really good addition to the game if you want a more scripted approach or full co-operative play.

These are replacement miniatures for the cardboard tokens and standees, providing doors, dead bodies and eggs. A nice enough addition if you want your whole game in plastic three dimensional form. There is also a neoprene playmat board.

A pre-shading wash for all your miniatures called sundrop. As a painter this was potentially a slight gamble, however the results are very good and given the dark theme of the spaceship and alien forms it is more than sufficient for this game and make the models stand out well. I just wasn’t up for having to paint all of this set and was pleased and impressed at the results, although i still added some extra colour to the human characters to help them stand out.