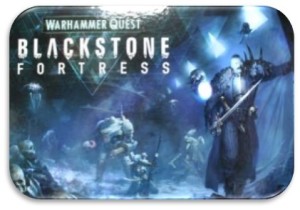 This is a summary of the board games that saw my most interest, investment, hobby time, playing and enjoyment in 2019. It is not necessarily a direct reflection of my all time favourite games. This year i worked through playing many games to decide which to keep and which to trade.

1. Blackstone Fortress – after two years owning Hammerhal, i finally finished painting acolytes to complete that set, a celebratory moment. Despite my original intentions, i bought Blackstone Fortress this year and in the summer started a project to completely paint the set, adding the Ambull expansion, a foam insert, and collected White Dwarf articles. This game has hogged the painting side of my time this year.

2. Sine Tempore – since its summer arrival this became the regular co-operative game this year for our group, completing the core set campaign. It is a well designed game with missions providing enough strategic challenge and player interaction to keep everyone interested, with players liking their characters. The dice rolling with all its various symbols has proven to be quite an engaging engine, and all the other components are excellent. However it is unlikely to retain as much interest next year.

3. Lord of the Rings LCG – i was again regularly playing Wilds of Rhovanion solo particularly in the first half of the year, and bought more expansions completing the final two packs from the Angmar cycle, added some gencon packs, and the saga boxes of The Road Darkens and Land of Shadow. This remains my main solo game, and I am still slowly hunting down missing packs to complete my collection.

4. City of Kings – continued to be a popular two player game this year, it retains a high status for table time with fairly simple rules and quick set up, and providing a mix of character development, exploration and strategy. The new expansions also arrived early on in the year which helped keep the interest in this game high.

5. Nemesis – a number of group play sessions as we worked through the short branching path campaign book which was great fun. Wave two new content arrived in the autumn, although it so far has not been incorporated into the main games we play. An excellent and thematic game, and still very popular within the gaming group.

6. Everdell – a beautiful looking game with a mix of worker placement and card drafting. The core game and pearlbrook expansion arrived in the autumn, and has seen both group and also solo play. I also backed this years expansion kickstarter too, and it has become a collectable game for me with some of the best artwork around.

7. Thunderstone Quest – with the arrival of the new barricades solo and co-op content in May it has lifted this game, turning into a collectable set with all it’s quest expansion content. This deckbuilding game is amazing, with now both competitive or co-operative options, and yet another quest expansion kickstarter was backed in June and will be arriving next year.

8. Tainted Grail – this years late arrival one month before the year end, an excellent storytelling game with amazing components and some of the best models seen in a game. The story campaign has begun, and it will be interesting to see how well this fares over time, as it seems ideal for solo or two players.