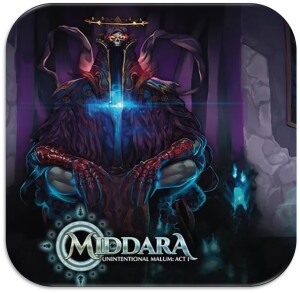 Middara is a huge anime based campaign adventure game, set over three story acts, of which the first act only is available currently to play. The game like Sword & Sorcery is actually more a scripted set of scenarios to try and overcome, driven here by a giant storybook, where you undertake pre-set up missions as linked adventures, and where success or failure may result in slightly different story paths. There is a more purist crawl mode included in a separate book if you would like to play a shorter series of one off missions. 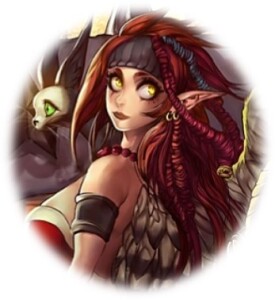 The components in this game are excellent, from the huge storybook with lovely colourful well drawn artwork, the character and monster cards look great, although the card stock for these is relatively thin, and tiles come with a shine effect in places to reflect water or other features. There are lot of models including some some larger weird monster boss models too, and of a good production standard albeit slightly more rounded in their fine detail than some competing games, but you can argue this is in keeping with the theme of the game style.

This is a dice driven game, and designed for four characters to be playing, so lower player counts need to pick up additional roles. Enemies have really nice intelligence cards to provide their actions, and these do compete well with the best around such as Sword & Sorcery. Character development in this game is a real strength, and while heroes start with a slight skill emphasis, such as the warhammer heavy hitter, sword dual wielder or more nimble dodger, over time they can be customised how you prefer, via new skills, weapons and equipment. Monster battles are dice driven, rolling coloured dice related to the weapons you are using, but also adding combo effects from symbols too. The damage dealt is related to over hitting the required defence of the enemy and does involve some calculations to be made after rolling. 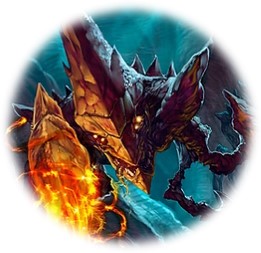 The campaign storybook is immense, as is the box with enough game here to last many players almost indefinitely if they wish to complete it all. There is a huge amount of writing, more than any other game, and there are hidden reveal areas to keep new spawns a surprise which is really nice, however reading through the tiny red read screen provided was difficult. The artwork is excellent, but comes with a caution that it could be considered over sensualised at times for some families.

For a lot of players, this may become their perfect one box adventure mission campaign game, and it stands up really well in terms of content and is excellent for production, and a story book that is immense and looks lovely with great artwork. However, there is so much background and unnecessary character dialogue to read out between missions, and the storyline writing itself is aimed towards a younger audience, which can all end up a bit tiresome. In terms of mechanics i found the combat dice calculations made for very swingy results due to the high dice variations, which can easily cause one hit deaths on either hero or enemy sides, and there is a lot of maths modifier calculations to make each roll. For my personal taste the anime theme is less appealing than more generic fantasy, and while this offers a huge amount of content as a neat product, it was competing with Sword & Sorcery which i ultimately much preferred.