Machina Arcana was originally released in 2014 but upgraded and improved with its 2nd edition in 2019, with only minor changes in the 3rd edition which was more aimed towards a new expansion. It is a steampunk themed solo or co-operative horror game set in the Lovecraft world, where explorers will be investigating an ancient subterranean complex of unknown origin, trying to discover its mysteries and defeat the creatures that are spawning. 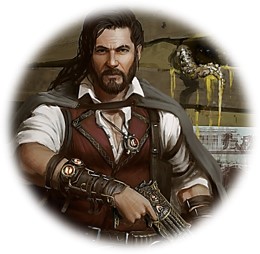 The game is very story driven and evolves over a number of chapters which are progressed during the game by completing events or tasks. There is short flavour text on every card to read, with both horror and explorer events which change the board status slightly and add even more depth to the setting. The whole concept becomes really engaging and the artwork is excellent, with themed equipment and upgrades, spawning monsters and lovely large map tiles to explore. The player and story boards are really nice, double layered with spaces to fix your explorer card and tokens, there are few games that look better. Creatures and characters have statistic cards and standees, also with great artwork and i really do like them over plastic miniatures in this case.

Each explorer has their own unique skill or two to work with, plus attributes for health and stamina, the latter being used as action points that are used up to move, fight and interact with the map tiles. It is all very smooth, and this is where the game really shines as the tiles will enable you to trigger traps, explode barrels, use workbenches and initiate events, which is all really fun and strategic. New creatures have a chance to spawn each round, meaning you have to keep them under control, plus over time the game threat will increase leading to harder monsters, therefore self balancing as your character improve their equipment. The game also balances itself for the number of explorers present through its end of turn spawning. 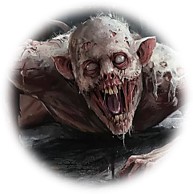 The rule and guidebooks do a good job of taking you through as few game turns and laying out the information and there is a welcoming one sheet player guide included in the latest edition. The hardest part is to learn the small symbols which show how much stamina is used up for each action and how it is applied, such as melee or range or whether obstacles block or not. It will take a little time before it eventually clicks into place and watching a video play though online will really help. The gear you discover is pretty cool, and you can usually only equip one of each type, however many can be combined together as upgrades or augments which means you can potentially craft a pretty unique item each game from your inventory.

This is a great game, with three main story missions in the core box there is lot to discover, but repeat plays still generate strong interest and theme. The game is really easy to solo play with two explorers as the whole set up is smooth and characters are not overly complex once you understand the symbols, and with two players sharing the experience the game excells. A whole story with its multiple chapters can be a little long and potentially a little repetitive for single sessions, but scenarios do have natural break points and so being able to leave a game out will help. There are also shorter game variations in the rulebook which are appreciated as it is easy to reduce a story down by removing certain chapter cards. Machina Arcana gives me the feel of Eldritch Horror and Arkham Horror, however it has much more story flavour and being set underground gives it a more focused and threatening feel. It is currently my favourite Lovecraft themed game.

There are expansions you can add to enhance the gameplay and visual appeal (my additions highlighted green = own, blue = part owned, red = not purchased) :

There are two main storyline expansions which come with new explorers, creatures, equipment and narrative missions. From Beyond was the 2nd edition expansion that has two stories and focuses on a branching path approach so that each game can move in a different direction. To Eternity was released with the 3rd edition and concludes the whole game series with 3 scenarios and a more narrative driven and streamlined, shorter individual game experience, also adding in smaller chapter specific tiles. I personally went for this last expansion as the priority.

There are two hardback bound art books with deeper storyline, game setting and narrative background. The Arcanum is focused on the core game content while the Aeternum moves into the expansions content. I do not often buy extra books over gameplay content but this time i did, and i have to say this Arcanum really helped immerse me into the game and the whole presentation is amazing.

You can buy neoprene playmats, which do look great, custom dice and sleeves. Cards are not over shuffled in this game so are very optional.