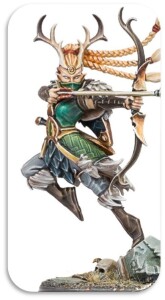 In early 2021 I decided to undertake some large scale updating to improve the website. I have shortened the highlights briefing on each of the main category pages but am now giving all games i own their own longer review post with a more standard presentation style, some extra images and adding expansions information. I hope you enjoy the results.

After a lighter year of new games received in 2020, the new year saw me back a number of kickstarters including the re-prints for Aventuria, Chronicles of Drunagor and Edge of Darkness, In terms of new developments i backed Arydia, and the football manager game Eleven which is one i will be very eagerly awaiting.

In retail Games Workshop released the 4th Warhammer Quest box set in the newer series called Cursed City which arrived in April, and is one of the best looking dungeon crawlers yet, leading to another painting journey, but sadly the game was not supported with expansions in the end. Another big name brand continues with FFG releasing Descent Legends of the Dark in September, and is another star performer with amazing models and great gameplay. These two releases put to death any lingering thoughts of getting Massive Darkness 2 and i dropped my pledge on that one.

Other games I have got hold of this year outside of kickstarters were Marvel Champions, Dice Throne Adventures and Sleeping Gods and my kickstarters Sword & Sorcery Ancient Chronicles arrived in May, with Aventuria in August.

To offset some of these costs i sold my Dungeon Alliance set including expansions, and my main core box of Gloomhaven both of which has seen enough game time now, that i have moved on, but i have currently kept Jaws of the Lion. Finally Ravage : Dungeon of Plunder is also now being moved on with the arrival of Aventuria.