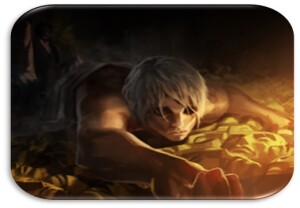 Kingdom Death Monster 1.5 kickstarter arrived in October 2017, and this game presents players with a nightmare world where you take your settlement survivors on a journey through many lantern years, fighting strange creatures to improve your survival chances by crafting new armour and gaining new skills. 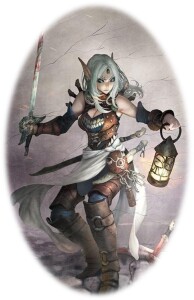 This game is unlike anything else i have owned, the quality of the components is high, the hardback book especially likeable, and the models are a good quality with loads of detail, but are difficult to build. This is definitely a hobby game experience,  and modelling and painting are essential, as you can build unique characters to represent your use of equipment and clothing. The artwork is good, has its own style and does not hold back on its gore and sexual themes. The price of this game is high and reflects the fact that you are given a huge black box of goodies to play with as you wish, and you will unlikely even come close to using it all.

Gameplay is split into three sections, first the hunt which is a preparation phase with dice rolling on tables where good or terrible things can happen to your party, and is very random dice based. The showdown is the main gaming section where you fight creatures on a large arena board, with the artificial intelligence cards bringing real variation and interesting mechanics into play, and is the highlight being far beyond the usual dungeon crawl intelligence fighting. However mechanically combat resolution is focused on largely single dice with weapon modifiers, and is therefore also extremely random. The settlement phase is an addictive array of choices, from learning new innovations, to crafting weapons and armour, or choosing new fighting skills, and your decisions will shape your settlement style. The ability to build and combine complete armour sets for extra bonus is a really nice experience, and a fond reminder of video gaming ideas.

After some time with the game i felt a tough decision had to be made on whether to keep it. The biggest drawback is the price, not just for the base game, but for it’s numerous expansions which come in larger campaign boxes or individual creature packs with their own intelligence and armour equipment cards. If you are on any budget for board gaming, you have to consider offsetting this cost against owning or expanding on more than one other large dungeon crawl game instead. In addition whilst the monster intelligence is really strong, the actual combat side for the survivors feels somewhat lacklustre compared to the dice mechanics in other similar board games. This is also a modelling game, and i would say harder than Warhammer for the complexity of it’s builds. Whilst it is a cool game overall for theme and ideas, I eventually took the option to invest elsewhere, and given the huge delays on kickstarter delivery, i still have a few boxes still coming (see below).

With multiple kickstarters there are so many expansions and extras you can add to enhance or change the gameplay that i will simply group them. Given each monster may cover a different lantern level of the game it is worth reading dedicated websites to understand which ones may be your best options (my additions highlighted green = own, blue = part owned, red = not purchased) :

Very delayed now and may not even come before 2023, this is likely to become the most important expansion, it has more gaming content than any other addition including new monsters with campaigns, survivor builds, settlement events and rules additions, pretty much a comprehensive new layer of gaming. I was fortunate to back it on the 2016 kickstarter as its actual value is now much higher.

These are larger box expansions from the original kickstarter that often contain a larger monster which has a whole lantern campaign story built around them which may change up some minor rules from the core game. These include Dragon King, Sunstalker.

There are smaller expansions from the original kickstarter which focus on a new creature with their own intelligence rules and armour sets. These will mostly to enhance, add variety or change the original core box campaign. Your choices will tend to be theme or lantern level related. The include Gorm, Spidicules, Flower Knight, Slenderman, Dung Beetle Knight, Lion Knight, Manhunter, Lion God, Lonely Tree.

There is whole new kickstarter worth of future expansion content which really still seems to be in early stages of development and wont be seen before 2022. These include Frogdog, Gryphon, Abyssal Woods, Black Knight, Nightmare Ram, Honeycomb Weaver, Oblivion Mosquito, Inverted Mountain, Pariah, Ivory Dragon, First Hero, Red Witches, Screaming God, Silver City, Campaigns of Death book. I do wonder if this amount was over-stretching things and all of this is very delayed. I did back Frogdog and Nightmare Ram at the time but to me now Abyssal Woods looks like the best of all of the campaigns i have seen.

There is another whole arena of model based cross over content which includes pin-ups and one off model sculpt releases. I will highlight the Pathfinders of Death though for anyone who has seen or played the Pathfinder Adventure Card game, as these models looks really cool and i did kickstart back that set which i intend to keep as hero models for any dungeon game.