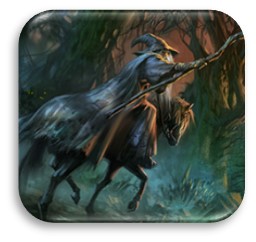 This is a summary of the board games that saw my most interest, investment, hobby time, playing and enjoyment in 2018. It is not necessarily a direct reflection of my all time favourite games. This year new arrivals continued to be high, offset by moving out some big names from my collection.

1. Lord of the Rings LCG – after a few months break late last year, i was back playing solo consistently again during this year, and bought expansion content in Grey Havens, Heirs of Numenor, and Wilds of Rhovanion. I also attended my first fellowship event for the game in Folkestone, which was great. Easily my most played game of the year.

2. City of Kings – became a favourite new game to play since its arrival early this year. It is fairly quick to set up and get playing, and rules are really easy to follow or look up despite running two heroes. A wonderfully fun game featuring different characters, exploration and strategy, and I backed the new kickstarter character expansions this year.

3. Sword & Sorcery – a welcome return to the painting table during the summer holidays, and I also picked up the Arcane Portal quest books. Then there was a great new kickstarter at the end of the year which will provide a new storyline and content. Interest and excitement for this game increased as the year unfolded.

4. Shadows over Hammerhal – new white dwarf quests early this year saw this back on my painting table to complete the set. I also purchased a foam insert and painted a skaven warband for a new dungeon style using the new chaos adversary cards. Undead nighthaunt rules were published in the July white dwarf, but the release of Blackstone Fortress means future new content is unlikely.

5. Descent 2nd Edition– a regular place on the year end list, i painted the Stewards of the Secret heroes and monsters expansion, and still play the occasional game using the Road to Legend app. It has become a Christmas tradition to add something new, and this year brings me the long overdue Manor of Ravens expansion, plus the Belthir lieutenant.

6. Nemesis – a late entry arriving just one month before the year end, but it immediately has become a favourite games that everyone wants to play. I painted up the heroes to enhance what were already decent sundrop highlights. If this game had arrived earlier this year it would almost certainly have challenged for a higher place.

7. Thunderstone Quest – a great new addition to the Thunderstone series where i have enjoyed the competitive style play. I decided to keep my Advance boxes alongside this as it is still a lovely set I could not let go of. New solo and co-operative content has been backed on kickstarter this year, so next year will also be exciting for this game.

8. Too Many Bones – the arrival of Undertow and other expansions continued my interest and it is now a treasured collection for me with some of the best components of any game not featuring models. New campaign story cards and monsters were also great to add in and i hope it will see more game time next year.