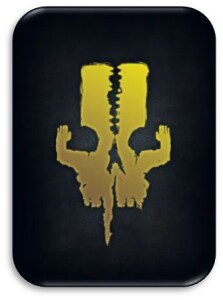 7th Continent is a unique adventure game from 2017 set in the early 20th century where you take the role of an explorer embarking on a mission to the newly discovered seventh continent, to attempt to lift a terrible curse that has struck you following a previous expedition. Inspired by the choose your own adventure style games, your character or team will journey through a land full of surprises and dangers as you look to survive and uncover it’s secrets. 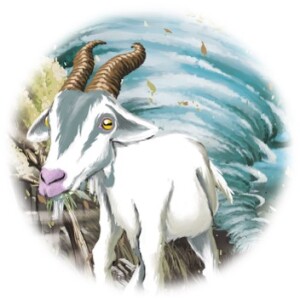 Your adventure begins with one card tile which will link to others as you investigate and explore the area you are in. To do this you will need to take actions of various kinds from simply looking around, walking or resting to the more complex ones such as fighting, crafting or swimming. Each action is completed by drawing from your action skills deck a minimum number of cards, usually with options to draw more if you want to, in order to get a required number of success stars. You must decide how many to draw before you reveal so there is a push you luck element involved, however your action deck is also representing your life force so you want to use it up efficiently and frugally. As you complete your action tests, you always get to keep one of the cards revealed in your hand, up to a specified limit, and can use them to craft items, respond to encounters or help to achieve future successes.

Crafting items is a great part of the game, you will make fire, tools, weapons, rafts and many other interesting things to help ensure your survival. There is always a pay off though, using a resource to craft one item usually means you will struggle to make something else, or often you will need to choose which item from your action deck you want to keep and which to discard. It makes for many great choices as you never know which item will be the most important to you later on. 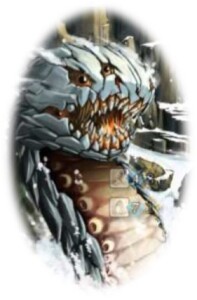 You will explore and reveal the island bit by bit, uncovering puzzles to solve while trying to survive. Once you get the hang of the action draw mechanism the gameplay is smooth in operation, and as you reveal new areas the map cards contain text and thematic imagery to help immerse you into the storyline. The adventure is fun, and there are moments that will make you smile with the inventiveness of the ideas being revealed.

As with most adventure style games it is not perfect, there are often times you will feel a little lost in your exploration, and you can die of course and so how you deal with this, either by restarting or just giving yourself another chance may be key to your overall enjoyment. However the joy of discovery in this game is high, and finding and crafting items you need adds a layer of interaction many others lack. This game has sat on my shelf for a long time as i searched for better adventure games, however returning to it fresh i find this a clever and interesting journey offering more discovery than other games and it has recently risen high again in my admiration. Returning to play it after spending time with Tainted Grail i have realised that i find 7th Continent is a more enjoyable gaming experience.

Possibly the most important extra content for the original black box will be the three new storyline curses to solve called Swamp of Madness, Icy Maze and Forbidden Sanctuary. If you want more adventure storylines to play through these are the best ones to add.

Some expansions added extra map based interactions such as Facing the Elements with changeable weather, Fear the Devourers adding terrifying wormlike creatures which would hunt you down, and Flying Roots adding spores. These packs came with models or standees to add onto the terrain map and changed the gameplay a little, usually making your adventure a little more variable or more difficult.

These were little story side quests you could explore which added some extra gameplay interest without being a part of the main questline. These included Path of Repentance and Comfort Creatures and were small packs of around 30 cards you added to the main box. I am very fond of these additions.

This is the big white box which if you have completed and enjoyed the black box is your likely next purchase with two new curse storylines with a terrain twist, new characters and play modes. This is pretty much like having another whole core box really with Prison of Clouds finding you aboard a Hot Air Balloon and Veins of the Earth navigating a deep underground river. A neat journal binder to hold your satchel cards was also included in here.

There are a number of accessories you can add to your game including bone dice and bag, playmat, cartographers notebook and card sleeves. These are non essential really unless you like to pimp out your games, but the square card sleeves for the action deck may prove the most useful in the long run.